The Mayne Gallery, Kingsbridge, 30 March – 20 April
What an honour – I was a finalist among 5 other artists for the Devon Life Landscape Artist of the year, 2018. I didn’t ‘win’ but hey, that’s ok!! 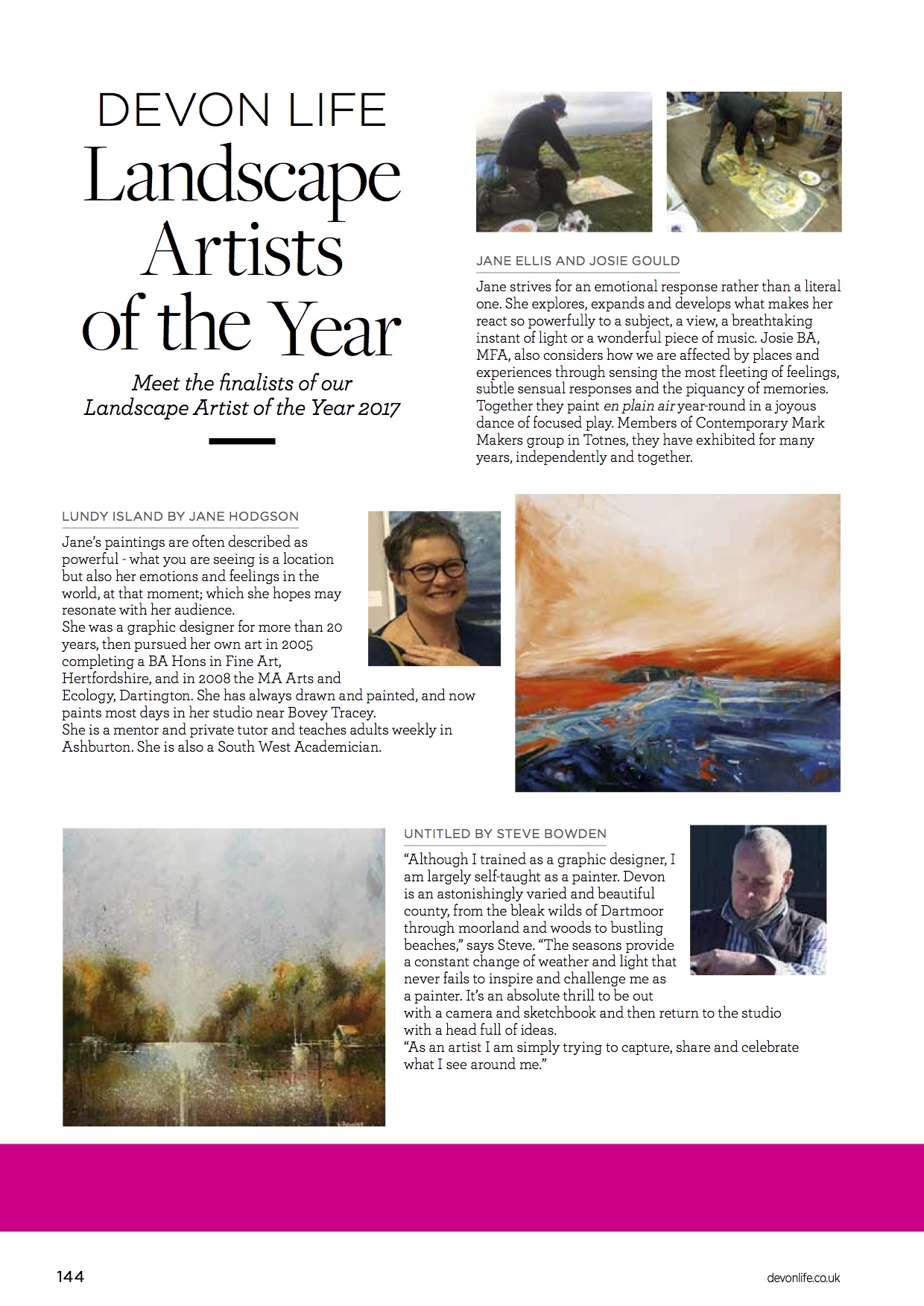 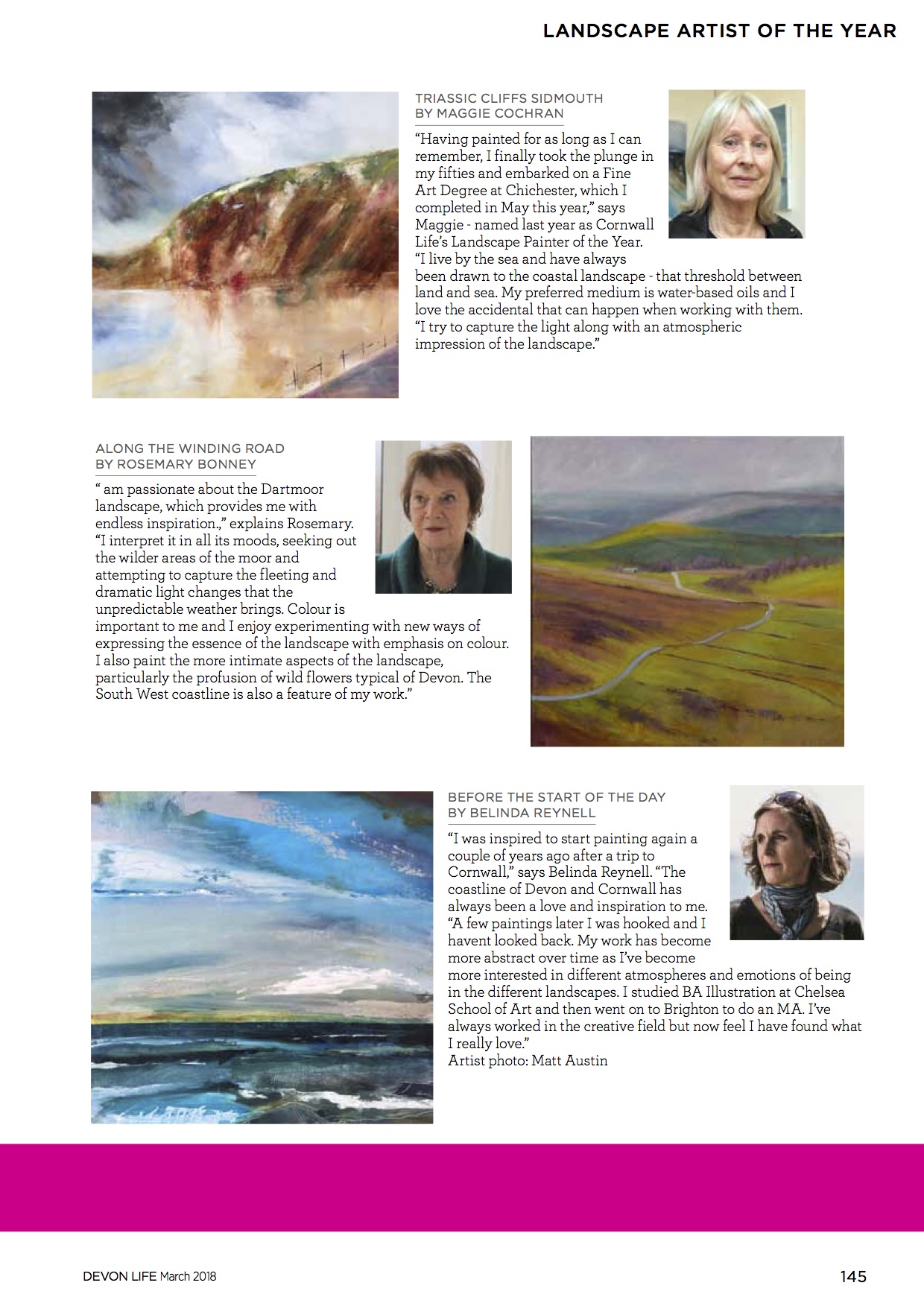 Easter weekend, 30 March to 20 April 2018. The Mayne Gallery, Kingsbridge. I am one of 6 artists showing 3 works each, from which the winner will be chosen. (I think we are all winners to have got here!).

Devon Open Studios, my home studio –  Saturday 9 – Sunday 24 September 2017, at my home studio. See catalogue for times I am open, or contact me. 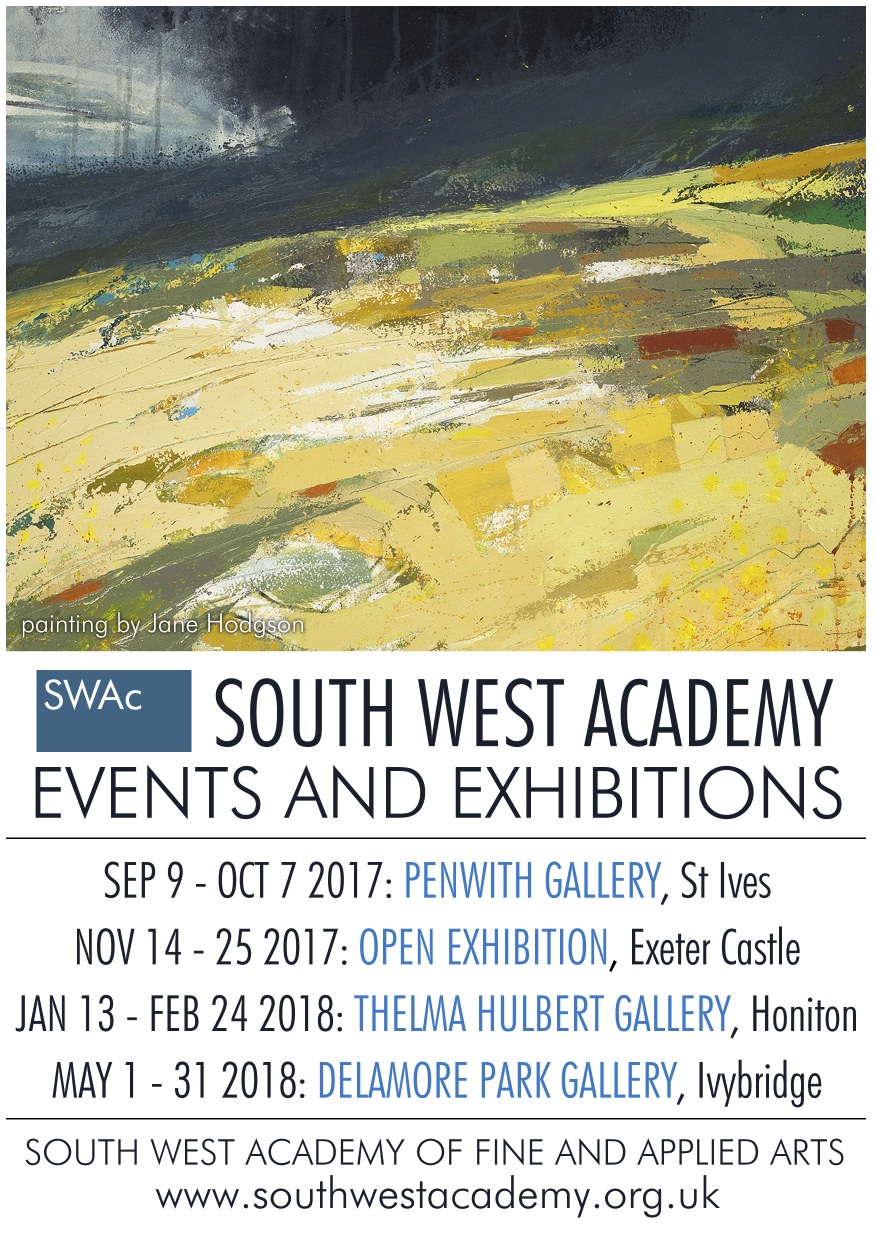 Devon Open Studios – 10 – 25 September, at my home studio. See catalogue for times, or contact me.

September 2013
Devon Open Studios, (I was awarded a Bursary for Emerging Artist)

Fragile Earth and There Will Always Be Something
The Six of Us, Courtyard Arts, Hertford, Herts.

Fragile Wishes, Please Do Not Disturb
We Are All Connected
CCANW, Haldon, Exeter

2005
How Are You Today, 27th February 2005 and
Polarity Series
University of Hertfordshire, Hatfield, Hertfordshire